Italy (Italian: Repubblica Italiana or Italia) is a country in southern Europe. It comprises the (boot-shaped) Apennine peninsula and two large islands in the Mediterranean Sea, Sicily and Sardinia, and shares its northern alpine boundary with France, Switzerland, Austria and Slovenia. The independent countries of San Marino and the Vatican City are enclaves within Italian territory.

Italy has shaped the cultural and social development of the whole Mediterranean area, deeply influencing European culture as well. Important cultures and civilizations have existed there since prehistoric times. After Magna Graecia, the Etruscan civilization and especially the Roman Republic and Empire that dominated this part of the world for many centuries, Italy was central to European philosophy, science and art during the Middle Ages and the Renaissance.

Modern Italy became a nation-state belatedly — on March 17, 1861, when most of the states of the peninsula were united under king Victor Emmanuel II of the Savoy dynasty, which ruled over Sardinia and Piedmont. The architects of Italian unification were Count Camillo Benso di Cavour, the Chief Minister of Victor Emmanuel, and Giuseppe Garibaldi, a general and national hero. Rome itself remained for a decade under the Papacy, and became part of the Kingdom of Italy only on September 20, 1870. The Vatican is now an independent enclave surrounded by Rome.

In the early 1920s, Benito Mussolini took control of Italy and Italy became fascist. Mussolini allied with Germany in World War II, which led to the downfall of the fascist government.

The 1948 Constitution of Italy established a bicameral parliament (Parlamento), consisting of a Chamber of Deputies (Camera dei Deputati) and a Senate (Senato della Repubblica), a separate judiciary, and an executive branch composed of a Council of Ministers (Cabinet) (Consiglio dei ministri), headed by the Prime Minister of Italy (Presidente del consiglio dei ministri). The President of the Republic (Presidente della Repubblica) is elected for 7 years by the parliament sitting jointly with a small number of regional delegates. The president nominates the prime minister, who proposes the other ministers (formally named by the president). The Council of Ministers must retain the support (Fiducia) of both houses.

The houses of parliament are popularly and directly elected by a mixed majoritarian and proportional representation system. Under 1993 legislation, Italy has single-member districts for 75% of the seats in parliament; the remaining 25% of seats are allotted on a proportional basis. The Chamber of Deputies has officially 630 members (de facto, 619 only after the 2001 elections). In addition to 315 senators, elected members, the Senate includes former presidents and several other persons (no more than 5) appointed for life by the President of the Republic according to special constitutional provisions. Both houses are elected for a maximum of 5 years, but either may be dissolved before the expiration of its normal term. Legislative bills may originate in either house and must be passed by a majority in both.

The Italian judicial system is based on Roman law modified by the Napoleonic code and later statutes. A constitutional court, the Corte Costituzionale, passes on the constitutionality of laws, and is a post-World War II innovation.

Italy is subdivided into 20 regions (regioni, singular regione), of which five enjoy a special autonomous status that enables them to enact legislation on some of their specific local matters, marked by an *: 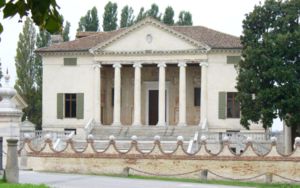 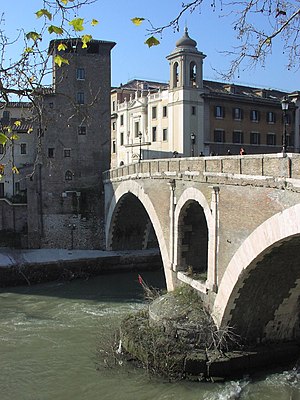 The Apennine mountains form the backbone of this peninsula, leading north-west to where they join the Alps, the mountain range that then forms an arc enclosing Italy from the north. Here is also found a large alluvial plain, the Po-Venetian plain, drained by the Po River and its many tributaries flowing down from the Alps, Apennines and Dolomites.

Other well-known rivers include the Tiber, Adige and Arno.

Its highest point is Mont Blanc (Monte Bianco) at 4,810 m, but Italy is more typically associated with two famous volcanoes: the currently dormant Vesuvius near Naples and the very active Etna on Sicily.

Italy is largely homogeneous in language and religion but is diverse culturally, economically, and politically. The country has the fifth-highest population density in Europe at 194 persons per square kilometre. Indigenous minority groups are small. For a country of 58.5 million people, Italy has a smaller number of migrants compared to France and Germany. According to ISTAT, the national statistical office, Italy has 2 million (3.5%) foreigners. While according to the last figure (Caritas est. 2005 [1], almost 3 million of immigrants live legally in Italy, making up 5% of the total population. (while figure for undocumented immigrants vary from 0.8 million to 2 million. Italy is periodically legalizing unauthorized foreigners). The largest immigrant groups are Romanian (445,812) (unoficially 1,000,000 ), Albanian (270,383), Moroccan (253,362) and Chinese (86,738). There are many other ethnic groups, like Filipinos, Tunisians, Croatians, Serbians, and Ukrainians, but they make smaller numbers. An October 2005 report estimates that 1,061,400 Romanians are living in Italy, constituting 37.2% of 2.8 million immigrants in that country. [2]

Italy has a diversified industrial economy with roughly the same total and per capita output as France and the United Kingdom. This capitalistic economy remains divided into a developed industrial north, dominated by private companies, and a less developed agricultural south, with 20% unemployment. In comparison to its western European neighbours, it has a high number of small to medium sized enterprises (SMEes).

Most raw materials needed by industry and more than 75% of energy requirements are imported. Over the past decade, Italy has pursued a tight fiscal policy in order to meet the requirements of the Economic and Monetary Union and has benefited from lower interest and inflation rates. Italy joined the Euro from its conception in 1999.

Italy's economic performance has at times lagged behind that of its EU partners, and the current government has enacted numerous short-term reforms aimed at improving competitiveness and long-term growth. It has moved slowly, however, on implementing certain structural reforms favoured by economists, such as lightening the high tax burden and overhauling Italy's rigid labour market and expensive pension system, because of the current economic slowdown and opposition from labour unions.

Although Roman Catholicism is the majority religion (85% of native-born citizens are nominally Catholic) there are mature Protestant and Jewish communities and a growing Muslim (see: Islam in Italy) immigrant community, as many come from Albania, Morocco, and Tunisia.

Italy, as a country, did not exist until the unification of its city states, the Risorgimento, came to a conclusion around the year 1861. Due to this comparatively late unification, and the historical autonomy of the many regions that comprise the Italian peninsula, many traditions and customs that we now recognize as distinctly Italian can be identified by their regions of origin, which further reflect the influence of the many different peoples that occupied those areas, and of the importance of religion, especially Roman Catholicism. Despite the pronounced political and social isolation of these regions that prevailed throughout Italy's history, Italy's contributions to the cultural and historical heritage of Europe remain immense.

Italy has been a seminal place for many artistic and intellectual movements that spread throughout Europe and beyond, including the Renaissance and Baroque. Perhaps Italy's greatest cultural achievements lie in its long artistic heritage, of which is often validated through the names of Michelangelo, da Vinci, Donatello, Botticelli, Fra Angelico, Tintoretto, Caravaggio, Bernini, Titian and Raphael, among many others. Beyond art, Italy's contributions to the realms of literature, science and music cannot be overlooked.

With the basis of the modern Italian language established through the eminent Florentine poet, Dante Alighieri, whose greatest work, the Divina Commedia is often considered the foremost literary statement produced in Europe during the Middle Ages, we find no shortage of celebrated literary figures; Boccaccio, Castiglione and Pirandello, and the poets Tasso, Ariosto, Leopardi, and Petrarch, whose best known vehicle of expression, the sonnet, was invented in Italy. Prominent philosophers include Bruno, Ficino, Machiavelli, Vico, Gentile, and Eco.

In science, we find Galileo Galilei, whose advancements toward the scientific revolution are considerable, and Leonardo da Vinci, the quintessential Renaissance Man. Other notable Italian scientists and inventors include Fermi, Cassini, Volta, Lagrange, Fibonacci, Marconi, and Meucci.

From folk music to classical, music has always played an important role in Italian culture. Having given birth to opera, for example, Italy provides many of the very foundations of the classical music tradition. Some of the instruments that we often associate with classical music, including the piano and violin, were invented in Italy, and many of the existing classical music forms can trace their roots back to innovations of 16th and 17th century Italian music (such as the symphony, concerto, and sonata). Some of Italy's most famous composers include the Renaissance composers Palestrina and Monteverdi, the Baroque composers Corelli and Vivaldi, the Classical composers Paganini and Rossini, and the Romantic composers Verdi and Puccini. Modern Italian composers such as Berio and Nono proved significant in the development of experimental and electronic music.

Football (calcio) is a popular spectator and participation sport. The Italian national team has won the World Cup three times, while major Italian clubs frequently compete at a high level of European competitions.

The official language of Italy is Standard Italian, a direct descendant of Latin. (Some 75% of Italian words are of Latin origin.) However, when Italy was unified, in 1861, Italian existed mainly as a literary language, and was spoken by less than 3% of the population. Different languages were spoken throughout Italian peninsula, many of which were Romance languages which had developed in every region, due to political fragmentation of ItalyTemplate:Rf. Indeed, each historical region of Italy had its own so-called ‘dialect’ (with ‘dialect’ usually meaning, improperly, a non-Italian Romance language), with variants existing at the township-level.

Massimo d'Azeglio, one of Cavour's ministers, is said to have stated, following Italian unification, that having created Italy, all that remained was to create Italians. Given the high number of languages spoken throughout the peninsula, it was quickly established that 'proper' or 'standard' Italian would be based on the Florentine dialect spoken in most of Tuscany (given that it was the first region to produce authors such as Dante Alighieri, who between 1308 and 1321 wrote the Divina Commedia). A national education system was established - leading to a decrease in variation in the languages spoken throughout the country over time. But was not until the 1960s, when economic growth enabled widespread access to the television programmes of the state television broadcaster, RAI, that Italian truly became broadly-known and quite standardised.

Today, despite regional variations in the form of accents and vowel emphasis, Italian is fully comprehensible to most throughout the country. Nevertheless certain dialects have become cherished beacons of regional variation—the Neapolitan dialect which is extensively used for the singing of popular folk-songs, for instance—and in recent years many people have developed a particular pride in their dialects.

In addition to the various regional variations and dialects of standard Italian, a number of truly separate languages are spoken: